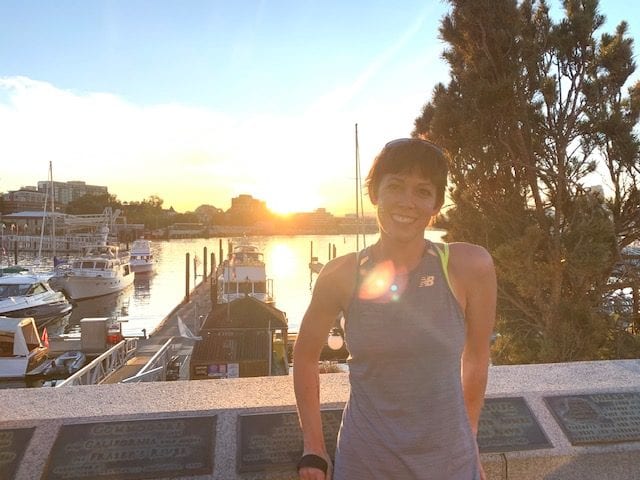 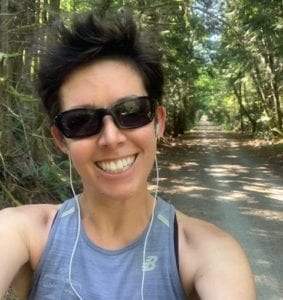 We always have a number of options when it comes to our encounters with each other. We can celebrate each other and enjoy other athletes. By encouraging ourselves and others to appreciate role models, we can become that encouragement ourselves.

Who are my role models? First off, I absolutely adore Kathrine Switzer. She was the first woman to run the Boston Marathon with an official racing bib in 1967. The officials along the route tried to physically pull her out of the race, but she avoided them and completed it. A few years ago for the Banff Marathon I received the same bib number (“261”). I spent the night prior to the race crying because I was so sure that I wouldn’t be able to do the race with that number. I felt like the number should be immortalized from all races forever. I was overwhelmed by having been assigned it (even knowing that it was a random selection). My permanent medical condition had been recently antagonized and day-to-day I didn’t know if I would be able to wake up, never mind run a marathon.  However, I was not going to be the first woman to run the Boston Marathon. I would have support from the race volunteers and my friends. No one would be trying to pull me out of the event. All I had to do was run. The next day, I did start and finish the race. I now have “261” tattooed on my right foot. 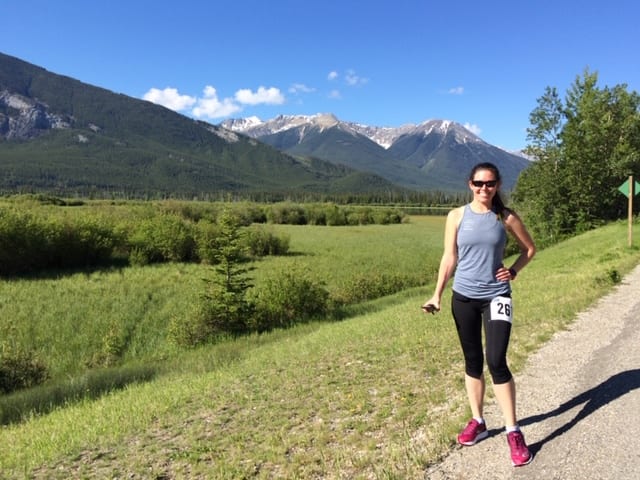 Who are some other amazing female athletes that I consider role models? Ronda Rousey. Megan Rapinoe. Serena Williams. What is it about these three that I like so much? They are strong willed. They are dedicated. They have something specific that stands out about each of them that they celebrate and uphold but it doesn’t need to solely define them. They are female athletes who provide inspiration. They are strong. They stand up for their beliefs. They don’t blink in the face of adversity. They each have a voice and they use it. What is to say that each and every one of us can’t be the next?

Whether we are choosing team sports or individual activities, we have the ability to provide positive energy and support to the others we are involved with. Whether they are competition, teammates, coaches, partners or support, we can offer our understanding, knowledge and passion to others joining the sport. Every level of athlete has someone that inspires them, that gives them motivation, that shows anything is possible. We can raise each other up.

Amanda Plomp – An inspiring runner who also has epilepsy

When I began Ski Jumping at the age of nine, there was no such thing…

The theme “Empowerment” has so much meaning to me, because I believe there is a…

This week is coaches week! To celebrate, we chatted with our very own Gabriela Estrada.…

Recent Posts
Archives
About Us

Fast and Female Newsletter
Donate Now
About Us

Our Events
Fast and Female Canada